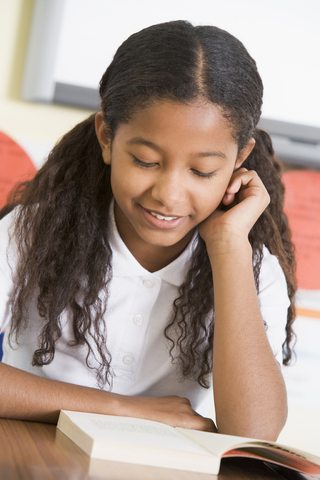 Fifteen to 20 percent of the US population has dyslexia, a disability that can significantly hinder an individual’s academic performance, which can, in turn, have a negative emotional impact. While there isn’t a cure, children and adults with the disability can be helped with the appropriate diagnosis and treatment program.

Penny Stack, owner of a Tulsa franchise of The Dyslexia Institutes of America (DIA), offers local parents and their children a safe, judgment-free environment to receive accurate diagnoses and opportunities to participate in programs geared toward helping individuals with dyslexia reach their maximum potential.

“What we do is work on that part of the brain that was not [fully] developed when they [those with dyslexia] were in utero and developing,” Stack began. “We develop these neuro-pathways, kind of like a highway transportation system, if you will, and we make those areas stronger. Through that process, we’re able to narrow the gap between ability and performance.”

“Everything we do is objectively measured,” Stack said. “[During the program], at the end of every month we reassess the entire treatment plan to make sure they’re on track.”

Stack went on to say that parents are provided a visual to show their child’s progress, something she knows takes dedication and time, but pays off in the end.

Programs can last anywhere from one to three years, depending on the severity of  the child’s dyslexia. The institute also works with area schools. This collaborative effort between the institute and teachers/staff at the child’s school is beneficial for both the student and the parent, for they go over test results and discuss strategic learning styles that will help the student progress.

Stack says there are many myths about dyslexia as well as different types and severity of the disability. A proper diagnosis is important.

Stack has an 11-year-old daughter who has dyslexia and explained that opening the franchise in Tulsa is something she felt was needed in this community.

“It was my own personal journey, needing to provide some services for my own child,” Stack said.

Stack became interested in DIA when she was taking continuing education classes to maintain her license as an occupational therapist. One of the classes was on dyslexia, and she decided to attend. After meeting the presenter, a DIA franchise owner, she researched the institute and her interest grew.

Aside from therapy and testing, the institute also offered free story time for children ages 5-12 throughout the summer, and Stack plans to continue this through the fall. Children read aloud to build their confidence when reading. The books read are often those by author Barbara Esham who writes stories relatable to children with A.D.D., dyslexia and other disabilities.

Dyslexia isn’t easy to self-diagnose. Symptoms start as early as pre-kindergarten and can include difficulty in grasping rhyming, remembering symbols or letter names, or even the sound a letter makes. If you think your child may have dyslexia, talk to your child’s pediatrician, meet with his or her teacher and have a professional evaluate your child.

For more information on dyslexia and the DIA, visit Dyslexiainstitutes.com or call Stack at 580-276-6656.

Signs of dyslexia in young, preschool children include talking later than expected, a slowness to add new words, difficulty rhyming, and trouble following multi-step directions. After a child begins school, the signs of dyslexia include:

Having one of these signs does not mean your child has dyslexia; many children reverse letters before the age of 7. But, if several signs exist and reading problems persist, or if you have a family history of dyslexia, you may want to have your child evaluated.

• Remember simple sequences such as counting to 20, naming the days of the week, or reciting the alphabet?
• Have an understanding of rhyming words, such as knowing that fat rhymes with cat?
• Recognize words that begin with the same sound (for example, that bird, baby, and big all start with b)?
• Easily clap hands to the rhythm of a song?
• Frequently use specific words to name objects rather than words like “stuff” and “that thing”?
• Easily remember spoken directions?
• Remember names of places and people?
• Show understanding of right-left, up-down, front-back?
• Sit still for a reasonable period of time?
• Make and keep friends easily?

Answering “no” to some or most of these questions may indicate a learning disability. Not all students who have difficulties with these skills are dyslexic. Formal testing is the only way to confirm a diagnosis of suspected dyslexia.

Dyslexia is a learning disorder characterized by difficulty reading. Also called specific reading disability, dyslexia is a common learning disability in children. Dyslexia occurs in children with normal vision and intelligence. Sometimes, dyslexia goes undiagnosed for years and isn’t recognized until adulthood. There’s no cure for dyslexia. It’s a lifelong condition caused by inherited traits that affect how your brain works. However, most children with dyslexia can succeed in school with tutoring or a specialized education program. Emotional support also plays an important role. (definition from www.mayoclinic.com)